Ashdod is the sixth largest city and the largest port in Israel as well as an important regional industrial centre. Ashdod is located in the Southern district of the country, on the Mediterranean coast, situated between Tel-Aviv and Ashkelon. Its current mayor is Dr. Yechiel Lasri.
Modern Ashdod covers the territory of two ancient twin towns, one inland and one on the coast, which were for most of their history, starting from the 17th century BCE, two separate entities, connected by close ties with each other.
Historical overview of the ancient city throughout all periods -see here. 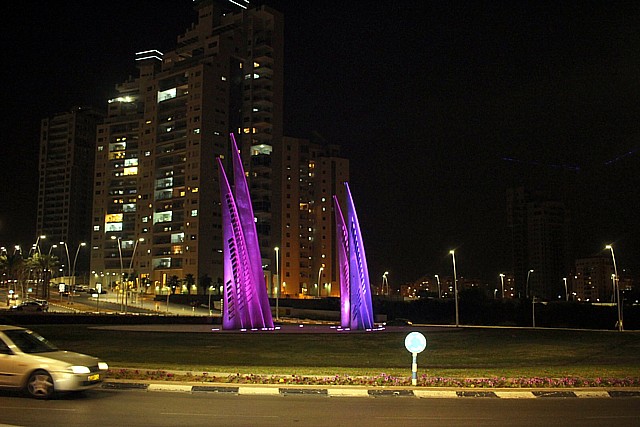 Modern Ashdod was established in1956 in the independent state of Israel and incorporated as a city in 1968.
The territory of Ashdod is 47,242 squared kilometres large. The population of the city has grown dramatically from 4600 inhabitants in 1961, (when building the port just began) to 224,628 at the end of 2018, making it the sixth largest Israeli city. The population is significantly younger than the Israeli average thanks to the large number of young couples living in the city. Ashdod is home to the largest Moroccan Jewish community in Israel and the largest Georgian Jewish community in the world. Massive immigration arrived in the early nineties of the previous century mainly from the Soviet Union and Ethiopia. Large communities from USA, United Kingdom, France, Romania, South America and South Africa also settled in the city in various periods.
The economy of Ashdod is based on Israel’s largest port handling some 60% of the country’s port cargo and various industries. The population enjoys a rich cultural life as the city is home to various fine arts and sport clubs, having strong teams representing the city in both football and basketball national top divisions as well as the national chess champion team!